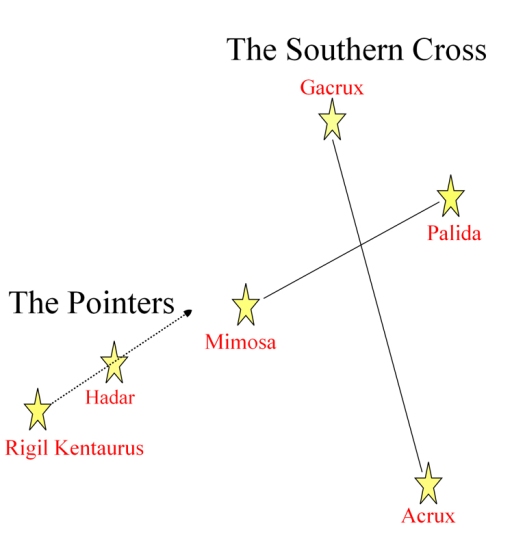 Alpha Crucis is also known as Acrux (a contraction of ‘alpha’ and ‘Crux’).  This is the brightest star in the constellation Crux.

Beta Crucis, also known as Mimosa or Becrux is the second brightest star in the constellation.

Gamma Crucis or Gacrux, is the third brightest star in Crux.

Delta Crucis or Palida is the fourth star and has variable levels of brightness .

How to find the direction of south by using the Southern Cross.  There are several methods of doing this but the simplest is as follows

1 Response to The Southern Cross