We can define the position of a celestial body in relation to its local hour angle and declination.  We can also state its position in relation to our own celestial meridian and celestial horizon; in other words, in terms of its azimuth and altitude from our position.

For example, in the following diagram, 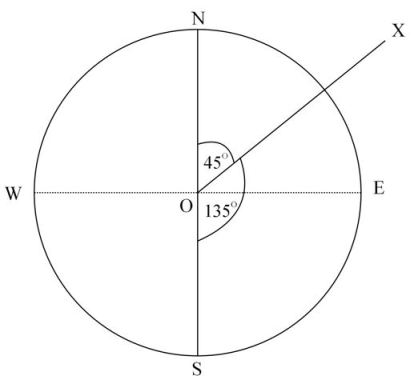 O is the position of an observer on the Earth’s surface and NOS represents the observer’s meridian.

X is the position of a celestial body and in terms of bearing, the direction of X from point O is 045o. 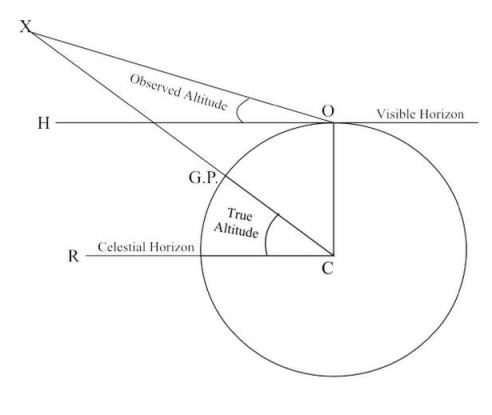 Point O will be approximately 6367 Km. from the centre of the Earth and so it would seem that the visible horizon is bound to be slightly offset from the celestial horizon.  Because of the vast distances of the stars and the planets from the Earth, we can assume that, in their cases, the celestial horizon and the visible horizon correspond with very little error.  However, in the cases of the Sun and the Moon, which are relatively near, a correction called Parallax must be added.  The subject of Parallax error and other corrections will be dealt with in greater detail in a later post.

The next post in this series will explain the place of azimuth and altitude in the theory of astro navigation.

It is possible only to give a brief outline of this topic here but an in-depth treatment is given in my book Astro Navigation Demystified.