Survival – Finding Direction From The Moon.

Just as the Sun can help us to find our general bearings during the day, so can the Moon at night.

Moon Tips.   A crescent moon can provide us with a quick and easy method of finding the directions of north and south.  If you imagine a line that joins the tips of the crescent and extend this line down to the horizon, it will point roughly south for observers in the northern hemisphere.  In the southern hemisphere, the line will point to the north.

Shadow Stick. Sometimes, the Moon will be bright enough to cast a shadow and when this happens, we can use the same shadow stick method that we use for the Sun to find the directions of east and west. 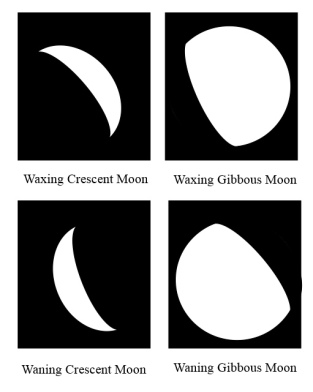 Waxing / Waning Moon.   If we are out in the open in a survival situation, we will have plenty of opportunity to study the night sky and so we will probably know if the moon is waxing or waning and this knowledge can help us to find the directions of east and west.

When the Moon is waxing (between the new moon and the full moon) it follows the Sun as it crosses the sky from east to west  and so, as we look at it from the Earth, its western side will be illuminated.

When the Moon is waning (between the full moon and the new moon) it leads the Sun across the sky and so its eastern side will be illuminated.

The Pointing Method. The pointing method that we use with the Sun to keep us on course during the day can be used with the Moon during the night.  The method is explained below: