The Retrograde and Prograde Motions of Mars and Jupiter 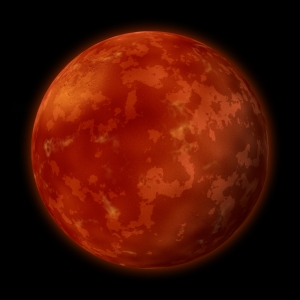 We can best understand  the retrograde and prograde motions of Mars by considering the planet’s motion relevant to distant stars.  To do this, we must study the effect of the motions of both the Earth and Mars around the Sun. Firstly, the circumference of Mar’s orbit is 1.6 times greater than that of the Earth and with an orbital speed of 24 km/s, it takes 686.98 Earth days to complete each orbit while Earth travels at 30 km/s taking 365.25 days.  Thus, the Mars’ year is 1.8 times as long as the Earth year.

Secondly, the orbit of the Earth is closer to the Sun than that of Mars, and this puts Earth on the inside track, so to speak. Taking this into account along with Earth’s greater speed, it is easy to see that the Earth will overtake Mars from time to time; in fact it laps Mars every 26 months.

The following diagram represents the orbits of the Earth and Mars around the Sun with the Earth on the ‘inside track’ and Mars on the outside. 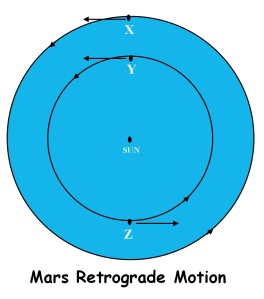 When Mars is at point X and Earth is at point Y, Mars and Earth are at their closest and although they are both moving from right to left of the diagram, because Mars is travelling 6 km/s slower, it will appear, to an observer on the Earth, to be moving left to right; this is retrograde motion.  However, if the Earth is at point Z, it will appear that Mars is moving in the opposite direction, that is right to left.  The speed at which the two planets will be moving in opposite directions will be equal to their combined orbital speeds; i.e. 54 km/s.  This is called prograde motion’.

These changes in the apparent motion of Mars from retrograde to prograde and vice versa are not sudden changes. Before a change in direction, the planet seems to slow down and then pause for about a week before starting to move in the new direction.

To summarize, Mars will sometimes appear to be moving from left to right with respect to the background stars, sometimes it will seem to move in the opposite direction and in between these changes in, it will appear to pause. 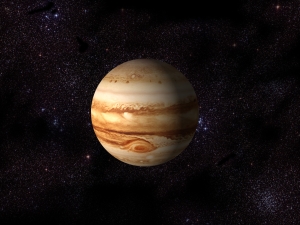 Just as the movement of Mars appears to change between retrograde and prograde, so does that of Jupiter.  Jupiter moves across the sky in a very predictable pattern, but every now and then it reverses direction in the sky, making a tiny loop against the background stars – this is Jupiter in retrograde.

The following diagram shows that, as Jupiter is overtaken by the Earth, its apparent motion across the sky appears to describe a loop as its direction changes from prograde to retrograde and then back to prograde again. 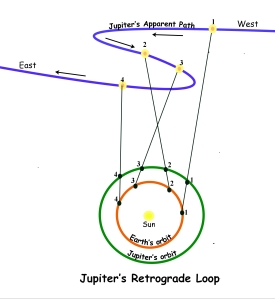 Note.  Sky maps can be very confusing because they are not drawn in the conventional way with east on the right and west on the left.  They are drawn as they would appear in the sky if we were lying down with our legs pointing to the south and looking upwards so that east would be on our left and west on our right.

The relatively slow movement of Jupiter across the sky makes it very easy for the navigator to locate.  Its orbit takes 11.85 earth years to complete and during that time, it appears to move from one constellation to another every 13 months describing its retrograde loop as it pauses in each one.  Its path leads it through Leo, Virgo Libra, Scorpius, Sagittarius, Capricorn, Aquarius, Pisces, Aries, Taurus, Gemini, Cancer and then back to Leo to begin the sequence all over again.  This predictable path across the sky together with the fact that Jupiter is the fourth brightest celestial body in the sky explains why it is such an important navigational planet.